The Turkish Protestant community is made up of over 150 small and large fellowships, a majority are found in Istanbul, Ankara and Izmir.

The Protestant fellowships have established 5 religious foundations, 3 foundation representative branches, 36 church associations and over 30 representative branches tied to those associations. The remaining fellowships have no legal entity status. Approximately 25 of them are house fellowships. Approximately 10 churches meet in historical church buildings. The rest use public places for worship but they are congregations that do not possess legal status.

The Protestant community does not have capability within the Turkish National Education system to train its own religious personnel. In most cases, the Protestant community trains its own religious leaders. A small percentage obtain education at theological schools abroad. Some gain necessary knowledge and skills for pastoral leadership through seminars given domestically. Because there are not enough local Protestant leaders some church’s spiritual leadership is done by foreign pastors.

The freedom of religion and belief, as one of the basic rights found in national and international laws, as well as the Universal Declaration of Human Rights, is secured under national and international laws and constitutional authority in our country. However, from the perspective of the Protestant community some basic problems still continued in 2017. For the purpose of contributing to the development of freedom of belief in Turkey, this report has been prepared to present some of the experiences and problems as well as positive developments that have been experienced in 2017 by the Protestant community in the area of religious freedom.[2] The situation in 2017 can be briefly summarized as follows:

Problems Related to Places of Worship

Problems with regard to establishing a place of worship or continuing to use an establish place of worship, an important part of freedom of religion and belief, continued and increased in 2017 in comparison to previous years.

Place of worship issues continue to be a serious problem. The Protestant community consisting of over 150 congregations has only ten official church buildings, with most of them being historical buildings.

The Right to Propagate Religion

After the attempted coup on July 15, 2016 the Association of Protestant Churches sent a letter to all the Protestant fellowships. In order to avoid provocation or give an opportunity for people to create a provocation during this sensitive time for our country, the letter stated that it would be good and beneficial to not do evangelism or hand out brochures in public areas. Outside of a few exceptions, the Protestant churches have continued to abide by this request.

During 2017 there has been no reported case of any negative incident with regard to Religious Culture and Moral Knowledge classes (RCMK) and with the right of exemption from this class. The Right of Exemption has been applied based on the decision by Religious Education General Directorate’s Education and Learning Higher Board on July 9, 1990. The decision’s first article reads: “It has been decided that those Turkish citizens of Christian and Jewish persuasion who are receiving education in primary and middle schools outside of minority schools who can document that they are members of those religions are not required to attend Religious, Culture and Moral Knowledge classes. If they want to participate in those classes a written request is required from their parents.”

In 2017 in İzmir, Ankara and İstanbul some Protestant children were harassed due to their faith by their school mates whom we will call ‘peer bullies.’ The problems were handled through conversations with school authorities and respective parents.

The Problem of Training Religious Leaders

In 2017, the current laws in Turkey still do not allow the training of religious leaders and the opening of religious training schools to teach religious communities in any way. Yet the right to train and develop religious leaders is a foundation stone of the freedom of religion and faith. The Protestant community presently solves this issue by providing apprentice training, giving seminars within Turkey, sending students abroad or using the support of foreign church leaders.

In 2017, there were cases in which foreign religious workers and church members were deported, denied entry into Turkey, refused residence permits, or denied entry visas.

In 2017, even though they were not pastors, Protestant foreign church members from Istanbul, Mersin, Gaziantep, Trabzon, Izmir, Erzurum, Bursa and other cities were deported or told to leave the country within 10 days after their residence permits were not renewed. There were several cases like these, but people involved did not want to be included in the report or we were unable to obtain solid information regarding them. In the past several years we have often run across similar operations.

The pastor of the Izmir Dirilis Church, Andrew Brunson, was incarcerated October 2016 on the charge of being a member of the FETÖ/PDY terror organization and remains in jail today. There has been no legal indictment prepared and the decision to keep his folder confidential remains in effect.

These incidents have caused great concern among foreign church members and leaders. For this reason, some have left, and many continue to leave Turkey on their own volition.

The new identity cards that have begun to be distributed in 2017 do not have a section for religious affiliation but instead have a chip that will minimize the risk of discrimination. This is regarded as a very positive step. However, the complete removal of the religion section from documents simply at the verbal request of people is requested. While it is possible to be considered exempt from obligatory religion classes by showing a photocopy of an identity document, how this exemption will be provided through the new identity cards remains unclear.

In 2017, some Protestant community members who work as public officials in Izmir, Istanbul and Diyarbakir were told that because they were Christians and missionaries that their work contracts would not be renewed. Some began legal proceedings. No other details are recorded here because they did not want their names included in this report.

In 2017, a serious increase of negative local press coverage against churches and their members was noted. Because these publications were similar to publications made just before the 2007 Malatya Zirve Publishing House Massacre, these new publications have created serious concern and apprehension among the churches mentioned in the publication.

Publications were observed inciting the public by connecting churches with terror organizations or foreign countries. In particular this happened in Izmir, Balikesir, Samsun and Van. Some of these had legal proceedings begun against them but these complaints were rejected by the court on the basis of freedom of the press.

Where inciting news occurred, it was noted that there was an increase in attacks along with administrative actions against churches. In addition, some public officials declared that they were moved to action as a result of the news in the press.

In 2017, Protestant community or church representatives were not invited to meetings of religious groups organized by the government or by official organizations.

The Protestant community continues to attach great importance to the development of relationships with public institutions, especially the government, the Parliament and municipalities

With our respect and regards,
Association of Protestant Churches 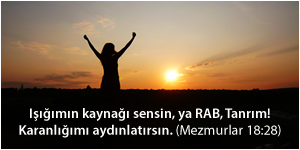